How could this have happened? The Second War, he demonstrates, can only be adequately explained by the take-over of American foreign and domestic policy for the benefit of Israel. Felton is generous in his praise of others who have explored some of this material such as John Mearsheimer, Stephen Walt, Jimmy Carter and Paul Findley. Here in the United States, action by OTFI has meant that Islamic charities have been shut down and individuals exercising their right to free speech through criticism of the Jewish state have been imprisoned. If the Israel Anti-Boycott Act succeeds in making its way through congress the OTFI model will presumably become the law of the land when it comes to curtailing free speech whenever Israel is involved.

The Host and The Parasite shows how the Lobby, evangelical Christians and neo-cons rode to power in the s and proceeded to turn the United States into Israel's willing executioner. Lies lies and more lies. Worse than that, the Internet and militant Islam are causing an ominous new wave of antisemitism with deeply disturbing implications. If I have the opportunity in the coming months to meet with Vladimir Putin, I will tell him all this directly to his face because we need to ensure that Canada continues to stand strongly for peace and justice in the world. So, George, do you think Felton has courage because you agree that there is a Jewish cabal running America?

The OTFI story is outrageous, but it is far from unique. There is a history of American Jews closely attached to Israel being promoted by powerful and cash rich domestic lobbies to act on behalf of the Jewish state.

To be sure, Jews who are Zionists are vastly overrepresented in all government agencies that have anything at all to do with the Middle East and one can reasonably argue that the Republican and Democratic Parties are in the pockets of Jewish billionaires named Sheldon Adelson and Haim Saban.

Neoconservatives, most of whom are Jewish, infiltrated the Pentagon under the Reagan Administration and they and their heirs in government and media Doug Feith, Paul Wolfowitz, Scooter Libby, Richard Perle, Bill Kristol were major players in the catastrophic war with Iraq, which, one of the architects of that war, Philip Zelikow, described in as being all about Israel.

The same people are now in the forefront of urging war with Iran. American policy towards the Middle East is largely being managed by a small circle of Orthodox Jews working for presidential son-in-law Jared Kushner. One of them, David Friedman, is currently U. Ambassador to Israel. Friedman, a bankruptcy lawyer who has no diplomatic or foreign policy credentials, is a Zionist Jew who is also a supporter of the illegal settlements on the West Bank and a harsh critic of other Jews who in any way disagree with the Israeli government.

He has contributed money to settlement construction, which would be illegal if OTFI were doing its job, and has consistently defended the settlers while condemning the Palestinians in speeches in Israel.

His humanity does not extend beyond his Jewishness, defending the Israeli shooting thousands of unarmed Gazan protesters and the bombing of schools, hospitals and cultural centers. How he represents the United States and its citizens who are not dual nationals must be considered a mystery.

Apparently when opportunity knocked he changed his mind about his new boss. Pre-government in , Lightstone founded and headed Silent City, a Jewish advocacy group supported by extreme right-wing money that opposed the Iran nuclear agreement and also worked to combat the nonviolent Boycott, Divestment and Sanctions BDS movement. He is reportedly still connected financially with anti BDS groups, which might be construed as a conflict of interest.

Not much. And for Israel? Anything, it wants, apparently. Sink a U. Tap the U. Create a treasury department agency run exclusively by Jews that operates secretly to punish critics of the Jewish state? No brainer. Meanwhile a bunch of dudes at the Pentagon are dreaming of new wars for Israel and the White House sends an ignorant ambassador and top aide overseas to represent the interests of the foreign government in the country where they are posted. Which just happens to be Israel.

Will it ever end? Philip M. Giraldi, Ph. Website is www. 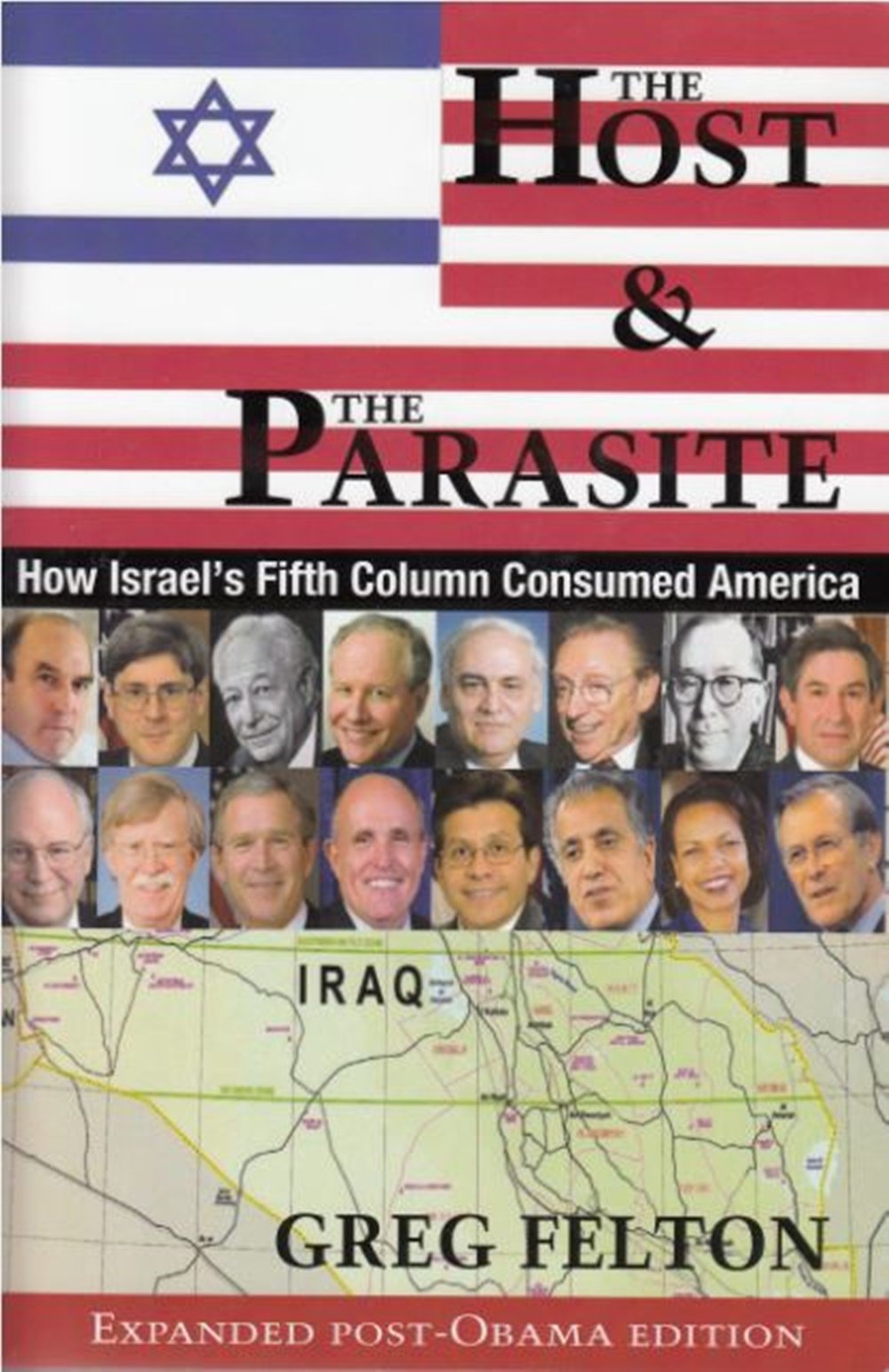 Economics Ideology. History Science. Videos Books. Articles Authors. Only slowly have I come to realise that, alas, this is far from being the case. The vehement revival of antisemitism in our time is often attributed, incorrectly, to the oppression by Israel of the Palestinian Arabs. Sometimes, more honestly, it is attributed to the very existence of Israel as a Jewish state in the Middle East.

In these contexts, two things become conflated: anti-Zionism and antisemitism. The two are not the same. There have always been Jews who were anti-Zionists — and thoughtful, well-informed argument about the Zionist project, or more narrowly the behaviour of Israel as a state, has never bothered me to any great extent. But the root of much anti-Zionism is antisemitism, not the other way around, and this is especially the case within the Muslim world, where it goes back to Muhammad himself and the denunciations of the Jews as such in the Quran.

Moreover, antisemitism in Europe and in North America has been on the rise in troubling ways and it demands explanation, because it is out of all proportion to any empirical evidence or rational justification — as has always been true with this especially long-lasting and pernicious version of racism. What precipitated my interest in collecting my thoughts on the subject was, of all things, a series of Twitter messages I received a couple of months ago, from an unknown individual called Greg Felton.

He appeared out of nowhere on my Twitter feed declaring that Israel has no legitimacy and the whole UN project of creating a Jewish state in Palestine had been a matter of fraud and manipulation. When I challenged him on this, he became vehement, so I Googled him. I discovered that he is a Canadian Neo-Nazi who, in , had a racist book published. Goldhagen himself studied and taught at Harvard for twenty years. He came up with the thesis that they did so willingly and even enthusiastically, as bigoted antisemites.

The comparison is instructive and sobering. Meanwhile Felton openly exhibits the antisemitic prejudices denounced by Goldhagen and unashamedly advances his variant on the old conspiracy theories about Jewish power and influence. Antisemitism, for one thing, surely did not begin with Christianity, as the Book of Esther and the celebration of Purim should have made clear to Goldhagen long ago.

Critics accused him of allowing scholarly standards to lapse for the sake of an anti-Catholic polemic.

What is striking about his argument, nonetheless, is that antisemitism has no rational basis in empirical fact, is wholly ideological and yet simply will not go away. Worse than that, the Internet and militant Islam are causing an ominous new wave of antisemitism with deeply disturbing implications. The challenge is to find nuance and scruple, complexity and level-headedness in his overall judgements.